It's what you DO that Makes a Difference 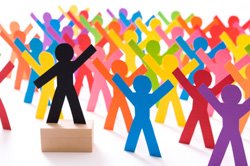 Last week I was visiting with my Mom, she was sharing with me how her railroad retirement (much like Social Security for retired railroad workers and their families) didn't go up this year. According to the letter that she received their was no cost of living increase like they generally get on an annual basis. She said to me, "How can that be look at the price of gas from last year to this year." We had a long talk about the state of the economy today, I shared with her stories I had heard of folks loosing their disability. Folks getting hit with tax bills unexpectedly for small enough amounts it's not worth hiring someone to fight it so they just pay it or have it garnished from their bonus check.

George Washington once said, "Where are the men of abilities why do they not come forth and save this country."

Teddy Roosevelt once said, "It’s not the critic who counts, not the man who points out how the strong man stumbled or where the doer of deeds could have done better. The credit belongs to the man who is actually in the arena; who’s face is marred by dust, sweat and blood; who strives valiantly, who errs and comes up short again and again; who knows great enthusiasm, the great devotions, and spends himself in a worthy cause; who at best knows in the end the triumph of high achievement and who at the worst if he fails, at least he fails while daring greatly; so his place shall never be with those cold and timid souls who know neither victory or defeat."

Albert Einstein wrote 240 papers.. most were never referenced.
Thomas Edison filed 1039 patents.. we all relate the name "Edison" with the light bulb, but what else? It’s the quantity that leads to the quality... It's what you DO that makes a difference!

If you show what you've got to enough people you will get results.