Social Marketing at it's best! 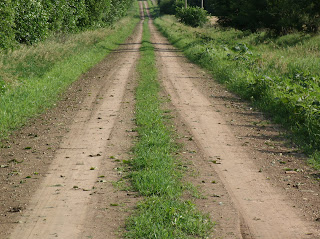 OMG...  I just had the most amazing walk. I experienced attraction marketing at it's best today. I live on this almost deserted dirt road.. you know the kind with grass that grows up in the middle. Today I took a chance being the middle of the afternoon and beautiful fall day and decided to go all the way to the corner where the road meets the highway.

I generally walk with Jake and Casey our 2 dogs and our 3 goats, Frank, Sally and Annie. I'm sure to most folks this might be a little unusual, but to us it's just what we do. Today on our trip home we meet not one but 2 vehicles.
Both of them stopped and we had a very nice chat.

The first van was Shelly Crane's mom. According to her mom Shelly is a real estate agent in town and her mother sure thought she could use some goats to help eat an overgrown piece of property. When I told her Frank would be going to the sale barn as soon as the snow flies she turned off her van and got out and walked over to Frank to visit. I'm not sure where this conversation will go but who would think we would meet someone on our walk who would want to take Frank home. 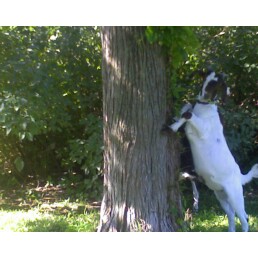 The second person was Nick Weibert. He stopped and handed me his card. I guess he is just starting a new feed business in town. It turns out he's from Colorado, he and his wife moved to the area a few years ago and he used to sell to commerical feed lots, but now is focusing on small farms. He had just drove past our house and noticed the mules. So we are his "target market"...

After the general chit chat about the "goats" he mentions his brother is the Center for the KState football team and is looking for a job. He say's if we watch the news at all we probably have seen him, because he is generally the one selected to do most of the interviews. I guess his brother had asked him if he had any sales positions open, but since he has just started himself he's not in a position to expand just yet. I visited with him about the possibilities we offer with our company and how extra income turned into full time income by building an organization of people who do what I do.

Of course I didn't have any business cards with me only my phone on my arm band, funny thing I didn't need a card. I just said the classic thing I alway's do when asked how to check into what I do.
JUST GOOGLE ME, Cindy McAsey.
I've gotta say Frank, Sally and Annie are quite the conversation starters.
Posted by Cindy McAsey at 2:04 PM