My online recording's for the Week! 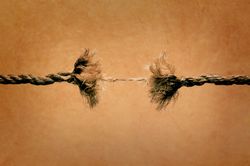 This has been one of those weeks that I have been at my wits end trying to get my sound card adjusted. It all started on Saturday morning when I talked to Tim Romero in my conference room and he said I sounded "raspy". I actually thought it was my voice because I had just returned home from attending "Country Stampede" a few hours earlier. I'm one of these people who really gets into music concerts and it does take me some time to recover.

Unfortunatly when I had my Q & A session on Monday I was told the same thing.. again I really thought it was just my voice... hey what can I say "Toby Keith" was awesome and my voice really wasn't back to normal yet. Well by Tuesday, Tom Prendergast CEO of Veretekk said I sounded like a flight attendant.. You know the lady that stands up an just rattles off and does the motions before the plan takes off. He was right my mind just wasn't into trainig on Tuesday and I was just going through the motions.

Most of you know I had a training yesterday morning called, "How to Drive Traffic to your Website." That's when reality set in that there was something messed up with my sound system. The recording was terrible it sounded like there was an airplane in the background about ready to take off.

I have spent most of the morning working on my sound settings and think I have it figured out.. hopefully. The only decent recordings I have for this week I recorded on my laptop. Hey they turned out great. The first one is the Veretekk Sunday update and the second one is Tom's advancec SEO class.

I had several people contact me asking for the recording for website traffic training so I'm planning on doing it again in the near future. I will post it on my event schedule that I update weekly at: http://events.barefootsuccess.net
Posted by Cindy McAsey at 6:29 AM